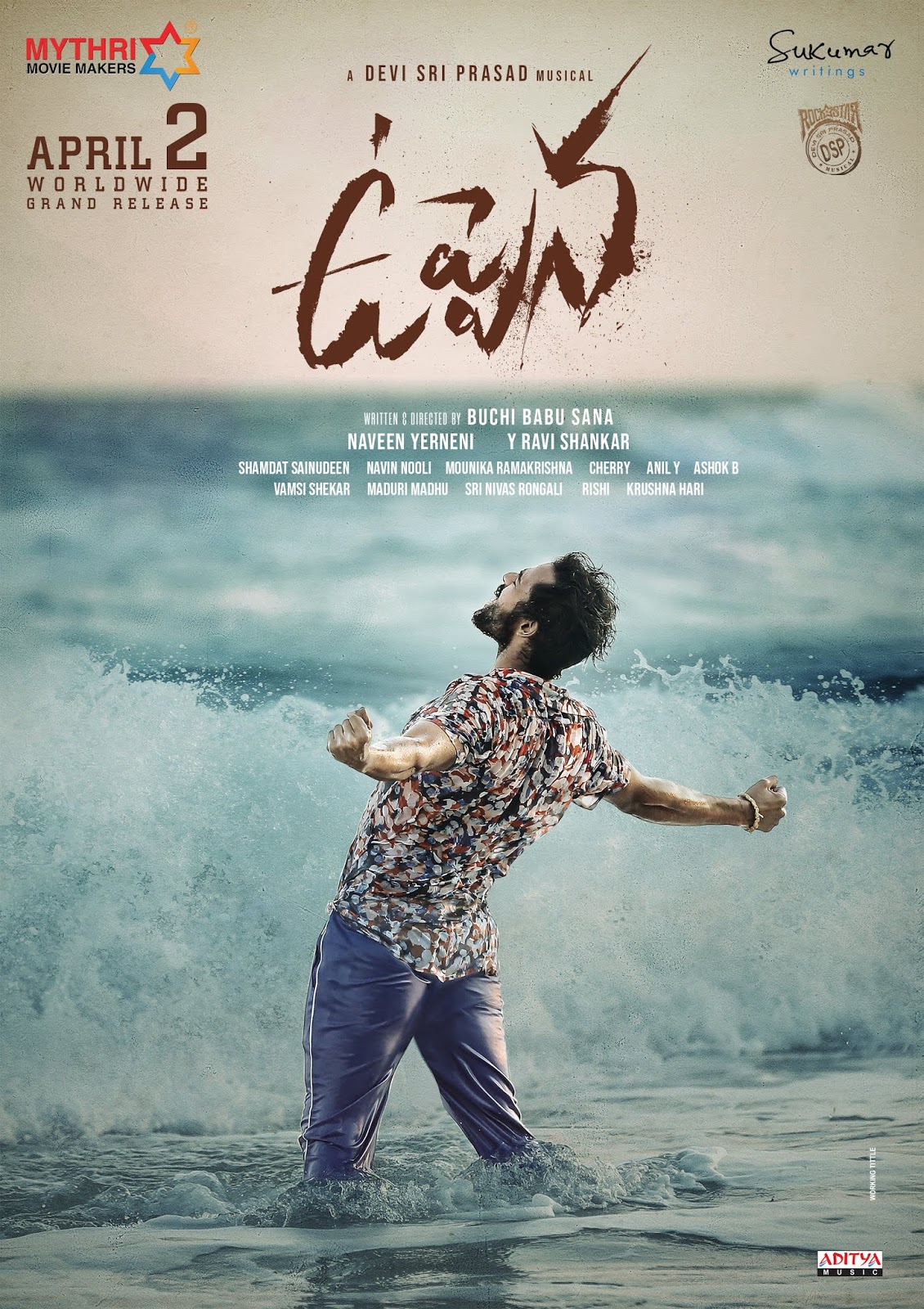 Underwent physical makeover for his very first film, Vaishnav Tej looks dapper here. His temperament and the sea in the poster justify the title.

The makers with the posters have announced to release the film in summer on April 2nd.

New girl Krithi Shetty is also making her debut with this film while Tamil star actor Vijay Sethupathi is playing an important role.