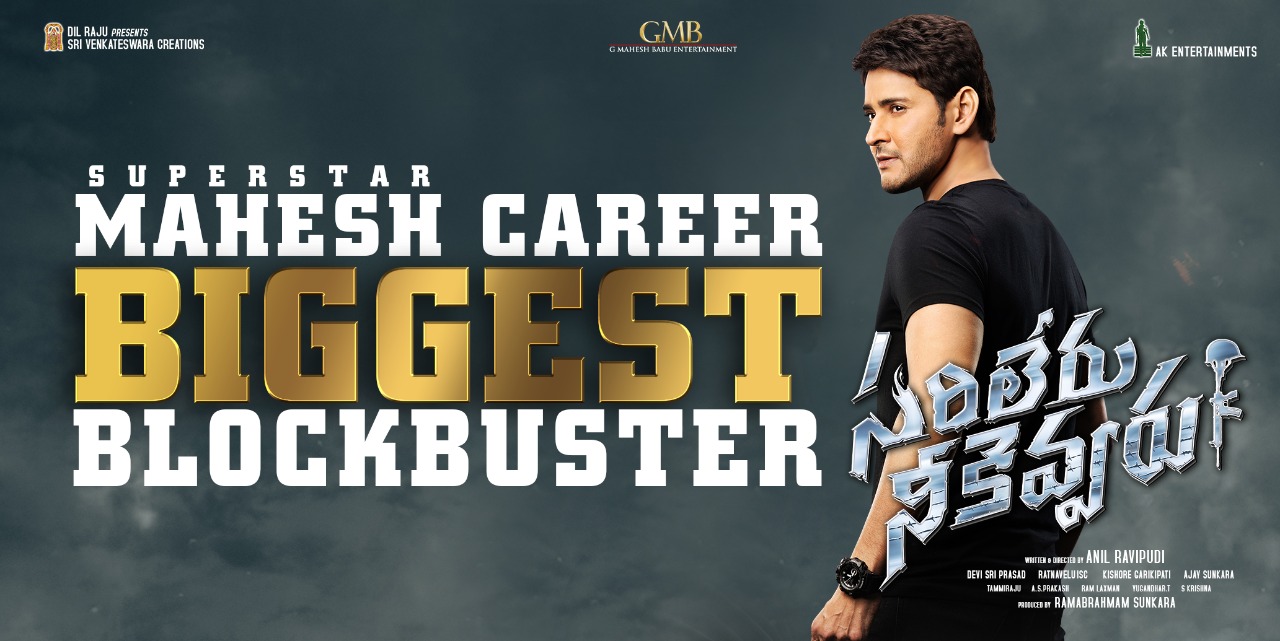 SuperStar Mahesh's 'Sarileru Neekevvaru' which was released for Sankranthi is raking in the terrific collections and cruising ahead with very strong collections all-over. Popular Producer Anil Sunkara said that 'Sarileru Neekevvaru' has collected 200 Crores Real Gross and emerged as Sankranthi's Real Champion. SuperStar Mahesh's out & out mass entertainer 'Sarileru Neekevvaru' Presented by Dil Raju in Sri Venkateswara Creations, Produced by RamaBrahmam Sunkara under GMB Entertainment and AK Entertainments banners is Directed by Young Talented Director Anil Ravipudi. Rashmika Mandanna played as heroine while Lady Amitabh Vijayashanthi is seen in a Powerful Role as Professor Bharathi. The film which was released worldwide for Sankranthi is creating records at the box-office all-over.
On this occasion Producer Anil Sunkara said, " Superstar Mahesh's 'Sarileru Neekevvaru' which was released as a Sankranthi Gift has enthralled the audience and fans alike all over the world and with their support the film is generating new records became Biggest Blockbuster in Mahesh Babu's career and cruising ahead with strong collections. Special Thanks to the audience, Fans of Superstar Krishna and Mahesh for their valuable support."