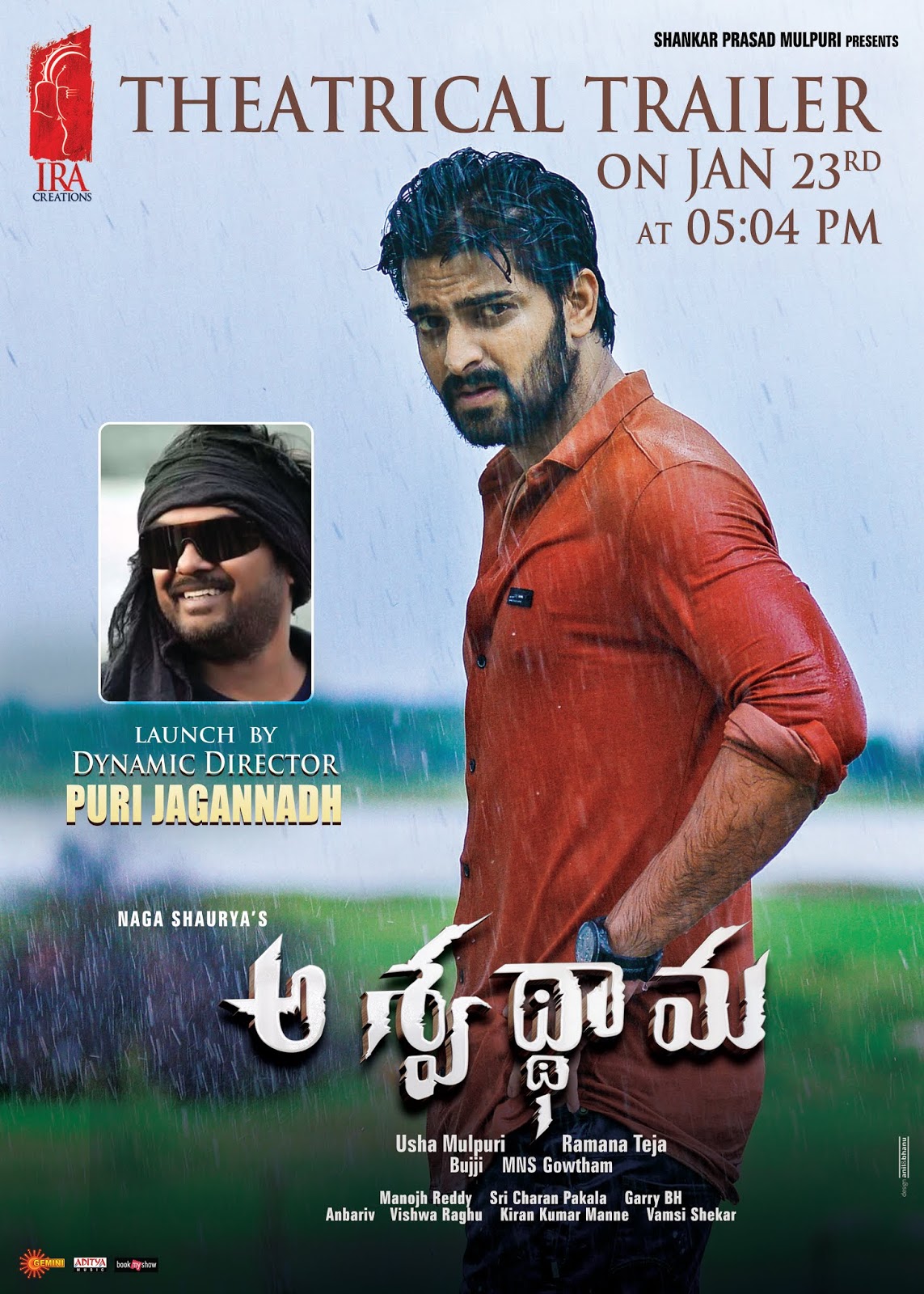 Young hero Naga Saurya is leaving no stone unturned to make his debut writing venture Aswathama a super duper hit. Actress Samantha had launched the filmâ€™s teaser. And the filmâ€™s theatrical trailer will be unveiled by the blockbuster maker Puri Jagannadh.

Aswathama trailer will be launched by Puri Jagannadh on January 23rd at 5:04 PM. Already, the filmâ€™s teaser good reception among all sections. The trailer is sure to set the expectations bar high on the film.

Mehreen Pirzada plays Naga Shaurya's love interest in the film based on true incidents. Aswathama is all set for a grand release on January 31st.